Since around 2005, USB2.0 has been the dominant standard for connecting external devices such as hard disks, tape drives, digital cameras, memory sticks, wireless cards etc.

If you have connected any external device to a computer over the last 10 years, the chances are that you will have used USB2.0

More recently, USB 3.0 has begun to emerge. Any newly purchased computer will likely have USB3.0 ports.

The main improvement is transfer speed: USB2.0 has a maximum speed of 480 mbps (megabits per second)

This means that if it takes an hour to transfer some data to a USB2.0 device, it could take as little as 6 minutes using a USB3.0 device.

This means that copying data to an External Hard Drive, Digital Camera, Printing a large Document, accessing USB Memory Sticks are instantly up to 10 times quicker!

So if you have a large amount of Data, it will be noticeably quicker, although if only a small amount of data to copy, then you might not necessarily seen much apparent difference

As with previous versions, USB3.0 is fully backwards compatible, therefore any USB2.0 device will work when plugged

Another major advantage is that USB3.0 devices will work with USB2.0 ports, though obviously at a decreased transfer speed. Therefore, it will not be necessary to replace computers, or add an expansion card, just to use these new devices. USB 2.0 vs USB 3.0

Be aware that when using a USB 3 device and plugging it into a USB 2 port, it will not operate at the maximum potential speed and will instead operate at the ports speed, this being USB 2 speed. The same applies for USB 1.1

If your computer doesn't have on on-board USB 3.0 ports, you are likely able to install a USB plug-in card if you have a compatible internal slot within your computer. USB 2.0 vs USB 3.0

Would you like to Read our Article on comparing USB 1.0 and USB 2.0?

The Hard Drive inside a computer is the device that hold all the files and data that make your operating system run, as well as holding all of your personal documents, photos, music, videos and other files. Hard Disk - Legacy vs Hybrid vs SSD.

They commonly look like a solid rectangular lump of metal from the outside, but inside of the average Hard Disk Drive (HDD) is a complex setup of magnets, spinning disks and an extremely precise actuator arm and head. Hard Disk Comparison - Legacy vs. Hybrid vs. SSD

The traditional Hard Disk works by using one or more fast spinning (typically between 5400 and 10,000 rpm) magnetically coated platters.

A head on the end of an actuator arm skims above these platters by a miniscule amount. Typically between 3 and 100 nanometres, or a distance 800 times smaller than the width of the average human hair.

The head reads and changes the polarity of blocks on the magnetic coating in order to store data in tracks across the disk as it spins. The time it takes for the head to move to the correct track on the disk to read or write is known as seek time, and in the common desktop Hard Disk, will take around 9ms.

Everything is Stored Magnetically

Because everything is done magnetically, the data is still stored even after power is taken away from the drive.

Unfortunately, due to the precise and delicate nature of standard Hard Disk Drives, they are all prone to failure at some point and it is inevitable.

Precisely when a drive is going to fail is unpredictable and with storage sizes of the drives being so large (Upwards of 8TB in some cases), often a lot of data can be lost within the blink of an eye.

Backing up data is always a good idea, even if the drive is very new, and can save a lot of frustration and anger when it does stop working.

Despite this however, traditional hard disks are still used in many computers from new as they offer a cheap method of storage. A 500GB drive can be purchased for as little as £35 and most low-end consumer machines will use this type of drive, though they are slowly being phased out in preference of SSD’s.

Drives with this sort of storage capacity are often shipped inside of newly bought mid-range computers, and with higher end computers commonly having 1TB and up sized drives.

Solid State Drives (SSD) are becoming the normal storage type found in mid-range machines and are widely consider to be a better option than a traditional hard disk.

Solid state drives work in a similar way to a USB memory stick or the inbuilt storage in your mobile phone, where the data is stored on a chip as opposed to a spinning disk.

Because there are no moving parts to wait for, the operation speed of a Solid State Drive is often extremely quick when compared to its Hard Disk predecessor and are a worthwhile upgrade to any machine that will provide a noticeable speed increase.

Solid State Drives do have their downsides however, one of these is that should a Solid State drive fail, then it will normally fail suddenly with no prior warning like a traditional hard disk.

A traditional hard disk drive often may continue to work long enough after warning of a failure for you to back up any data before it fails completely. Hard Disk - Legacy vs Hybrid vs SSD

Solid State drives are a little more expensive per GB of storage, the extra cost is well justified.

If you buy a 500GB Solid State Drive, currently you would be looking at spending around £50 as opposed to £40 for the traditional hard disk counterpart. The performance difference between the two drives would be immediately noticeable, with the computer starting up far faster, applications loading quicker and files opening in an instant. Hard Disk Legacy vs Hybrid vs. SSD

Hybrid Drives, or SSHD’s are also an option, though the market and choice for them is small.

An SSHD will typically have around 8GB of SSD storage in it which it uses to intelligently cache the most commonly used and accessed files on the system. Hard Disk Comparison - Legacy vs. Hybrid vs. SSD

In most cases this will be the operating system boot files, meaning that the computer will start up faster, but may not load programs, games or files any quicker than a normal Hard Disk Hard Disk Legacy vs Hybrid vs. SSD.

Hybrid drives are largely redundant now, as the cost of SSDs is considerably less than when the Hybrid Drives were first released to fill a gap in the market.

Finally, the most recent introduction to the storage market is NVMe SSD drives.

This is a step up again from the usual SATA connection SSD drives. Whilst a normal SATA SSD is no slouch, NVMe SSDs take the performance a step further, with both seek time and read/write speeds being considerably quicker.

This type of SSD looks a bit more like a RAM stick than a drive shaped like you might be used to. This is because it connects via an M.2 connector directly onto the motherboard, rather than by two cables and being held in a bay on the other side of the case.

If you are looking at upgrading to an NVMe SSD, it would first be worth checking if your motherboard not only has an M.2 slot, but also that it is NVMe compatible.

Alternately, you can purchase NVMe PCIe cards that will use an empty PCIe slot on the motherboard to adapt into an NVMe storage slot.

As this technology is relatively new and because of its performance advantages over everything else, it is the most pricey option available, and should probably only really be considered if you plan on using your PC for a heavily intensive workload where there can be no compromise.

Hard drives, Hybrids and SSD can be used in RAID Arrays

Review our Article on RAID Arrays in Server Hardware

Century IT Services are based in Totton, Southampton. Hampshire and can help you with the installation or on going IT support of your computer, server and network.

We offer a broad range of IT Services covering, internet, email, anti-spam, anti-virus solutions, we are experts in virtually anything Microsoft Server based and have extensive troubleshooting skills. Hard Disk - Legacy vs Hybrid vs SSD. 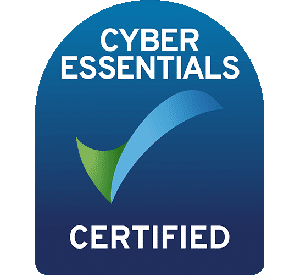