How can it benefit my business?

Social Media connects everyone around the world, whether it be in local communities or in other countries. It’s integral in mostly everyone’s day to day lives and influences us more than most realize. It’s free and designed to be engaging with user friendly interfaces catering to all audiences. So, how does this effect the business industry and how can it help your company?

Firstly, and most importantly it offers a platform to build a rapport on a one to one basis where you can interact with each of your customers on a more personal level while keeping the professionalism of your business. Most users are highly reactive on social media, they're going to get notifications on their phone or e-mail and will be able to respond quickly. It opens up other options rather than just phone calls & e-mails. These options can as well be more efficient and effective.

You can reach both a wider level of people but as well target your audience locally if you wish, advertising usually costs a fair amount on different platforms and is usually a question if it will be worth it.  In total there are around 3.2 billion users around the globe, which equates to around 42% of the total population which both benefits large businesses around the globe as well as small time businesses who like to keep local. Especially in urban cities & towns everyone is connected & you shouldn't have any problems with outreach, however, if your business is set up in a remote area it might be slightly more difficult.

Customers who are treated well and have had excellent experiences are likely to leave a good review and share your business in the future to their friends and co-workers most likely through social media or just word of mouth.. One share on Facebook or Twitter reaches their whole friends list or followers which could be hundreds or thousands of accounts, this in-turn will help grow your brand and establish yourself. When people see good reviews from customers, they’re more likely to see the authenticity of your business and investigate further maybe looking at your website or looking for contact information.

Social media usually offers advertising that is cost effective compared to more conventional advertising methods. They usually offer a diverse price range that appeals to everyone, changing how algorithms and filters display your page. You can use unofficial advertising by sharing posts etc on social media or you can use third parties or just pay Facebook, Twitter or Instagram directly to do the advertising for you, each has their own benefits but for different costs. When users are scrolling through their feeds or looking at the latest posts they're more likely to see your advertisement digitally compared to driving past a banner or billboard on their way to work.

You’re able to manage your reputation, you can respond to negative reviews and criticisms and promote the good reviews on your page. Always make sure that you’re responding to negative reviews and trying to resolve the issues before they influence others decisions and opinions on your business. If someone sees lots of negative reviews that haven't been responded to or there's no resolution there's a high chance they're going to look somewhere else.

You can quickly learn about the demographic of your customers and what they’re usually up to, use the data given to you by analytics to help market your business and tailor your marketing strategies towards your audience and become more acquainted with them. All social medias should provide analytics such as Facebook, Twitter, Google & LinkedIn. These analytics & demographics usually come in the form of graphics & visual representations to give data accurately and you can see potential patterns on who's viewing your website, when are they viewing your website & where are they viewing your website from, there's far more data than just this but it varies for each platform. 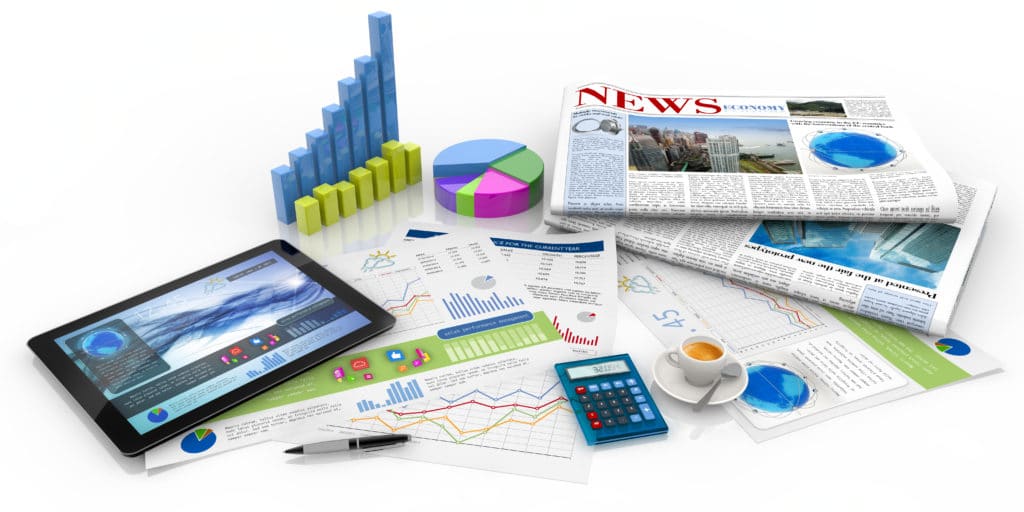 Having social media pages can help google rank your business, social media profiles that link to your businesses are a great way to find information, contact details and reviews while not having to look directly at your website, often times people might not directly search through google, they might use Facebook, twitter or LinkedIn to find you. It also creates more inbound links to your original website/product garnering you more exposure and potential customers.

You can learn more about SEO from Google here : https://support.google.com/webmasters/answer/7451184?hl=en

Social Media can also be used for networking & partnerships. Links, recommendations, shout-outs, referrals and joint branding are all options that you could use to promote another business or someone else could do to promote your business. If a customers from your partnered business recommends or commends your business they're going to be more interested or attentive towards you and your brand.

Was this interesting? Read more of our news here!

Drop us a line today for a free quote!

Social Media use within Business

Give your IT a sense of direction

Century IT Services are proud Sponsors of the Southampton Netley Royals Under 13 Girls Football Team in Southampton, Hampshire for 2019 - 2020

If you are looking for their next football match or you want to support your local Netley Royals Football Club, you can click here http://www.netleyroyalsfc.co.uk/calendar

To find more specific information about the Under 13s team such as upcoming fixtures, trainings and sponsors, click the following link! https://www.pitchero.com/clubs/netleyroyalsfc/teams/185358 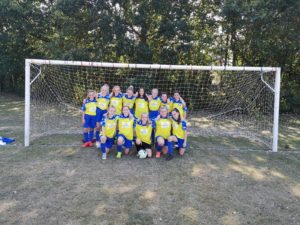 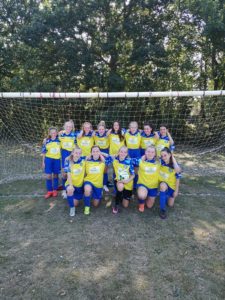 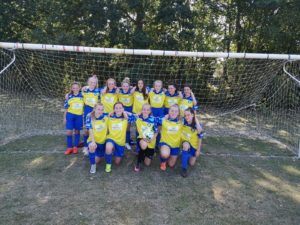 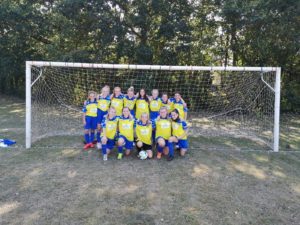 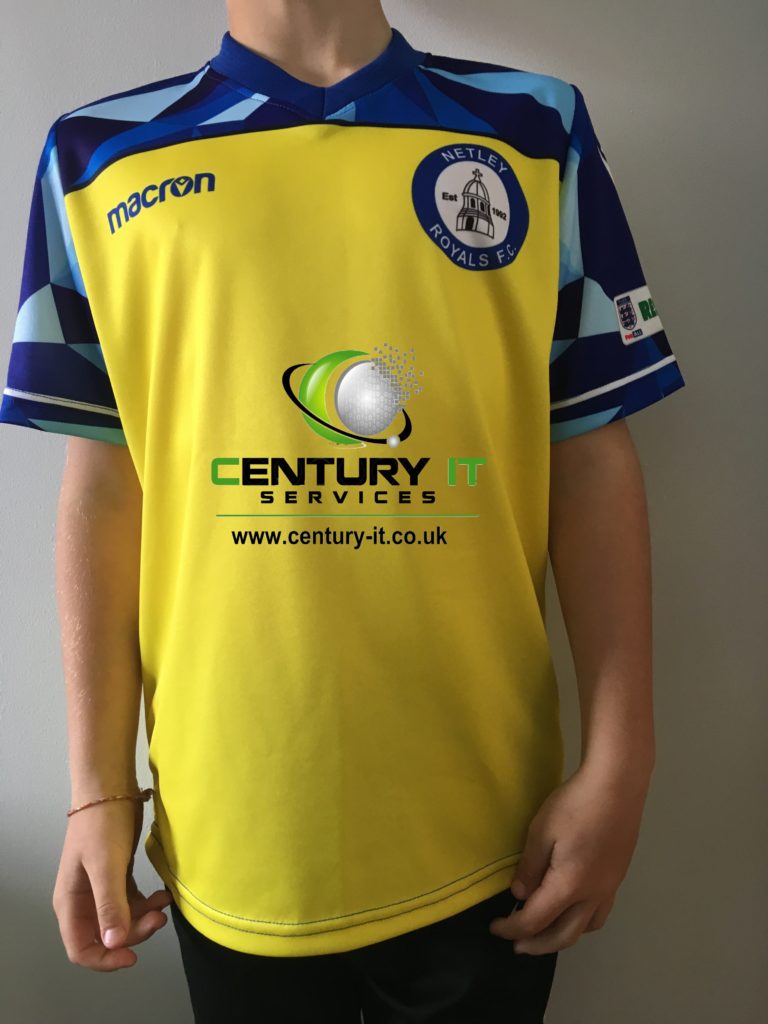 Social Media use within Business

Give your IT a sense of direction


Central processing units, better known as CPU or just a processor! In simple terms it’s tasked with telling all the other computer components what to do and is basically the brain of your computer. Below you can find a list of Computer Processors Release Dates that has been put together.

CPUs don’t just exist in computers, if you think about it any device that requires software to run or needs to carry out a task more than likely has a CPU. There are 2 manufacturers for processors, these being Intel, founded in 1968 and AMD,  which founded in 1969.

You can find CPUs in mobile phones, TV’s and all of your home automation devices such as security cameras and thermostats. If there wasn’t a CPU in any of these devices, we wouldn’t have made the technological advances we already have and will hopefully continue to do.

There is a famous observation by the name of “Moore’s law” it states that the number of transistors in an integrated circuit doubles about every two years. It’s been widely accepted that this observation still holds true.

The benefit of this is that processor speeds or overall processing power will increase, allowing for your machine to be more optimized and faster, this will facilitate everything you do from running your operating system to streaming media.

Looking for your Intel processor? Check the bottom of the article!

A list of Computer Processors Release Dates has been compiled, see if your processor is on here!

The most recent processor release was 2018 which was the first core i9 mobile processor the i9-8950HK.

AMD’s final release for the year was the Threadripper 1950X on August 10th.

2013’s first release was from AMD and it’s arguably one of their fastest processor’s in current time, it’s the Athlon II X2 280 on January 28th.

The only other release for 2013 was Intel and they brought out a processor that uses and utilities the the BGA-1364 socket as well as featuring an Iris Pro GPU.

Intel’s releases for the year was the new seven i5 Core processors with four cores, and this was the i502xxx in January.

AMD released their first desktop processor in their A8 line, the A8-3850 on June 30th.

Their next release was the first Core i7 desktop processor with six cores, the i3-970 in July 2010.

AMD’s release for the year was the first Phenom II X6, processors on April 27th 2010.

The first AMD release for the year was the Phenom II X4 on January 8th.

Intel then released the Core 2 Quad processor, Q8400, in April.

AMD then released the first Athlon II X2 and the Phenom II X2 ON June the 1st and then the Athlon II X4 in September.

The final release for the year was AMD, they brought out the Athlon II X3 processors in October.

Intel released the first of the Atom processors in April 2008. They then also released the Core 2 Duo processor, E7200 and E7300, on April 20th and August 10th respectively.

Next was the Core 2 Quad processor Q6700 in April.

In 2003, the Intel Pentium M was introduced in March.

On January the 5th, 2000, AMD released their Athlon processor, clocking in at 800MHz.

On August 28th, it was announced by Intel that they will be recalling all 1.3 GHz Pentium III processors due to a glitch.

AMD’s final release for 1999 was its Athlon processor series on June the 23rd.

Intel brought out their first line of Xeon processors in June 1998, the Pentium II Xeon 400.

In 1994, Intel released the second generation of Intel Pentium processors, 7th of March, they also released the Pentium Pro in November 1995.

1991, AMD finally introduce their first processor, the AM386 microprocessor in March. 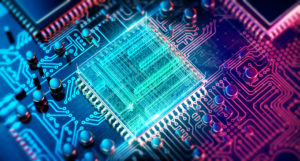 1987, the SPARC processor was introduced by “Sun Microsystems”.

In 1979 Intel released the 8088 processor and The Motorola 68000 processors was released and used in Macintosh computers.

The first ever microprocessor was introduced in 1971, the Intel 4004.

Newer and faster processors are always being released and with this the older processors become outdated and need to be replaced, if you're looking for newer processors feel free to check these websites :

Was this interesting? Read more of our news here!

We use cookies to ensure that we give you the best experience on our website. If you continue to use this site we will assume that you are happy with it.Ok