To answer it shortly, RAID stands for Redundant Array of Inexpensive/Independent Disks.

This doesn’t really answer the question though, because if you look into it a bit more, it’s easy to see that there is more to RAID than first meets the eye.

RAID comes in different levels, ranging from RAID 0 all the way to RAID 10. Although RAID levels 8 and 9 do not exist.

Each of these RAID levels work in a different way to each other. 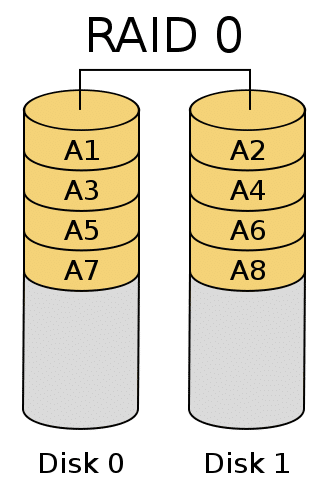 Is largely used to increase the performance and speed from a collection of hard disks.

It works by striping data across the disks, sharing the data as if the two disks were just one.

The major downside to this particular level of RAID, is that if one disk goes down, then you have lost all of the data even though one or more disks may still be perfectly healthy

This is no different however, to just having a single hard disk in your computer failing, causing you to lose whatever data was stored on it should you not have backed it up.

The next level of RAID, is RAID 1. This works differently as it mirrors the data across however many disks are in the RAID, creating an exact copy on each disk.

This is of course very useful should you store important data across this RAID setup, as if one of the disks were to fail, then you would have lost no data at all.

As one of the other disks in the array will still have an exact copy of the data.

The next level of RAID to look at is RAID 5. This type of array is one of the most popular as it provides good performance, good fault tolerance and allows for high storage amounts as well as having an exceptional read speed.

Writing speed to the Array however does suffer a fair amount so is not the best choice for a Wite Intensive application, though if the Array was used to host a database, RAID 5 would be an almost perfect choice.

This particular level of RAID array is generally regarded as the best.

On the downside, it is also the most expensive form of RAID Array to set up due to the fact that a minimum of 4 disks must be used.

The reason behind RAID 10 being called either RAID 1+0 or 0+1, is because it’s simply a combination of RAID 1’s best features and RAID 0’s best features.

This means that the data is both mirrored across drives as well as being striped leading to both very quick Read speeds as well as fast Write speeds.

If you can afford to set up a RAID 10 array, then it is definitely the one to go for as it also allows for disk failures without loss of data.

In the unfortunate event that a disk should fail in the array, you can also include “Hot Spare” drives.

These drives sit idle and unused until the failure of one of the disks in the array occurs. When one does fail, the Hot Spare drive then becomes active. The Disk ARRAY can rebuild itself without disruption in place of the disk that was lost.

The above explanations clarify what RAID is and identify the benefits of each level of RAID.

Different RAID Levels are likely to be suited to different I.T environments and differennt applications

The subject of computer hardware specifications and the specifics of the types of disks and RAID Levels available can be confusing.

We would encourage you take advice from an I.T Expert before deciding upon the hardware specfication of a replacement server.

Changing the structure of a RAID Array once a Server is live is likely to be very costly and disruptive. RAID Levels ought to really be agreed upon at the Server Hardware build stage of a IT Project.

We offer FREE, confidential,  no obligation advice, so why not give us a call.

What an exciting update to publish today!!

If you remember from previous Blog posts, the most promising and viable business ideas from each class were put forward for consideration in the final Dragons Den scenario which took place on the 17th May 2016 at Quilley School in Eastleigh.

This was a pivotal moment for each student company to hone their skills and further develop their Dragons Den pitch, with PowerPoint presentations and handouts.

Special recognition should go to the Bespoke Perfume Company whose Dragons Den pitch was the only solo presentation. The other members of the student’s team were out on a school trip. To stand in front the Dragons and the other students and give their pitch solo, was a notable and courageous thing to do.

Each Dragons Den pitch was scored out of 10 for the following categories: –

Prizes donated by Sainsburys were presented by Lesley Powell and Russell Oakley who are based at the Hedge End Store, with certificates presented by Chris Herbert, Economic Development Officer, Eastleigh Borough Council.

After much deliberation, the winners can be announced as the following: –

Paul Marsh Scores a Hat Trick as the Most Successful Dragon!

Paul Marsh was naturally pleased that 3 of his Dragons Teams were short listed to pitch their business ideas to the Dragons panel and the other school students. Quilley School Dragons Den 2016

And especially pleased when those students that were in his business enrichment group were all voted as the best business Dragons Den pitches in the school.

Although Paul also believes that the Group Tutor Teacher Mr Pascal Garrard deserves the most recognition, as he is the teacher which is with these student’s day in, day out, every day of the week and the students are a credit to his dedication to the profession of teaching.

Paul would also like to point out that each of 14 student company finalists who pitched their business to the dragons were winners in their own right as far as the Dragons were concerned.

Although some students didn’t win the Dragons Den competition this year, they deserved to be congratulated for their effort and ingenuity and should not give up on their ambitions of having their own company one day. In fact this competition has really shown that the students in the very least have the ideas and enthusiasm to start their own businesses.

Perhaps next year, they could tweak their business plans and re-present their business ideas to the Dragons again. As there were so many good ideas, and unfortunately out of the whole school there could only be 3 winners

It is envisaged, that due to the success of this business enrichment activity which had the whole school buzzing with interest and dedication, that this type of event might become a yearly event. Quilley School Dragons Den 2016

So if you are a local business owner who can spare some time to tutor some students in business studies, please contact FSB Wessex, Quilley School or SBGN and leave your contact details, as all offers of help are gratefully received.

You may notice that your DrayTek Router randomly reboots if you have a Sonos music system on your network. Sonos causes Draytek Router to Randomly Reboot

This problem seems to be associated with the combination of Sonos and DrayTek router on the same local area network (LAN) There doesn’t seem to be a pattern to this DrayTek random Router reboot, although we have noticed the Router reboot issue will occur in the following scenarios:-

The Sonos equipment runs in an unusual configuration which is different to a lot of other network devices in that it uses Mesh Network Topology to maintain its own network connections to each of its peer Sonos devices which are on the same Local Area Network (LAN).

Although from our investigations the problem would appears to be with the STP Protocol implementation on the DrayTek router, which causes the random router DrayTek Router reboot issue. Sonos causes Draytek Router to Randomly Reboot

The DrayTek Router random reboot issue doesn’t seem to be limited to just one model, we have tried the following DrayTek Routers with Sonos equipment:-

After spending many, many hours on this annoying issue, we believe we may have a work around until DrayTek produces a fix for this issue:- 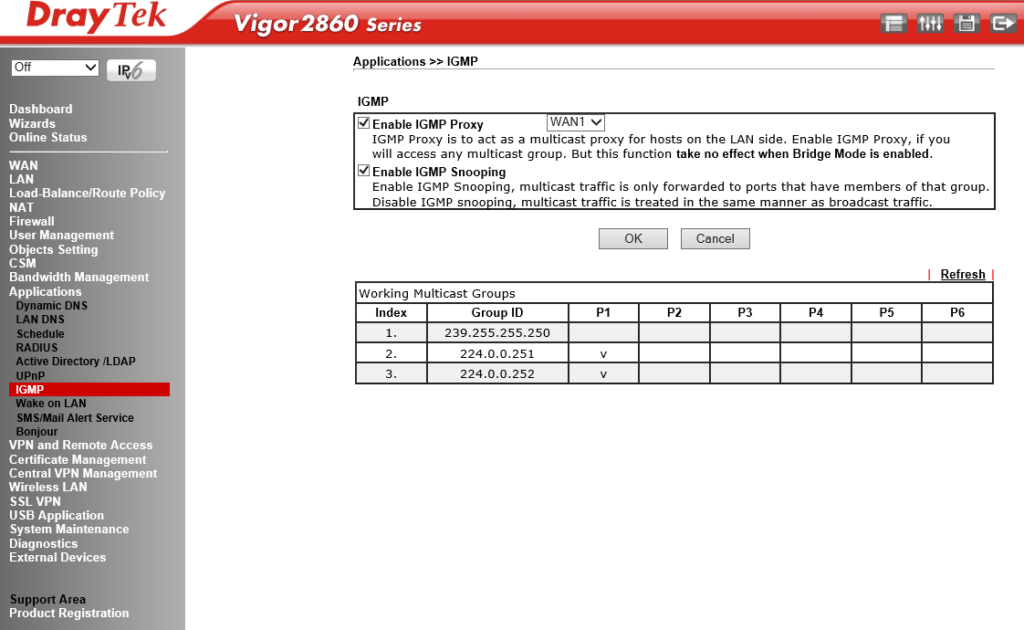 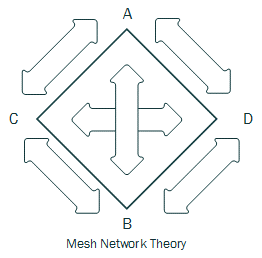 1)     Each Device makes a network connection to the Bridge / Router

If you have a problem configuring your Draytek Router or have any questions about your network give us a call. We are experts in just about anything I.T.Sonos causes Draytek Router to Randomly Reboot

I think my IP Addresses may have been ‘IP Blacklisted’

What can you do?

Many companies that offer ‘IP Blacklist’ Service on the Internet, the longer you leave the problem, the more ‘IP Blacklist’ systems you will start to appear on

If you still cant find the issue, start scrutinising your Firewall and open ports

Depending on which ‘IP Blacklist’ you are on you may be able to get your IP address removed within hours, although some removal requests take days or even longer

I would recommend you are absolutely certain the virus / malware or server compromise has been resolved before you request removal from a ‘IP Blacklist’ otherwise your removal request will likely suffer unnecessary delays.

Ready to find out more?

Drop us a line today for a free quote!